Pick Templates have been added to control the bin that items are picked from to provide more options for choosing the bin than the standard Bin Ranking. The work in a similar fashion to Put-away templates however are optional for both basic warehousing and directed put-away and pick locations.

Like Put-Away Templates they can be specified on the Stockkeeping Unit card, Item Card and Location Card with the template chosen based first on the stockkeeping unit, then the item and then finally the location.

Note: As per Put-away templates, pick templates are designed to be extensible.

The following rules are available:

Note: If Pick according to FEFO is checked on the Location Card then than will take priority over the rules set in the template. 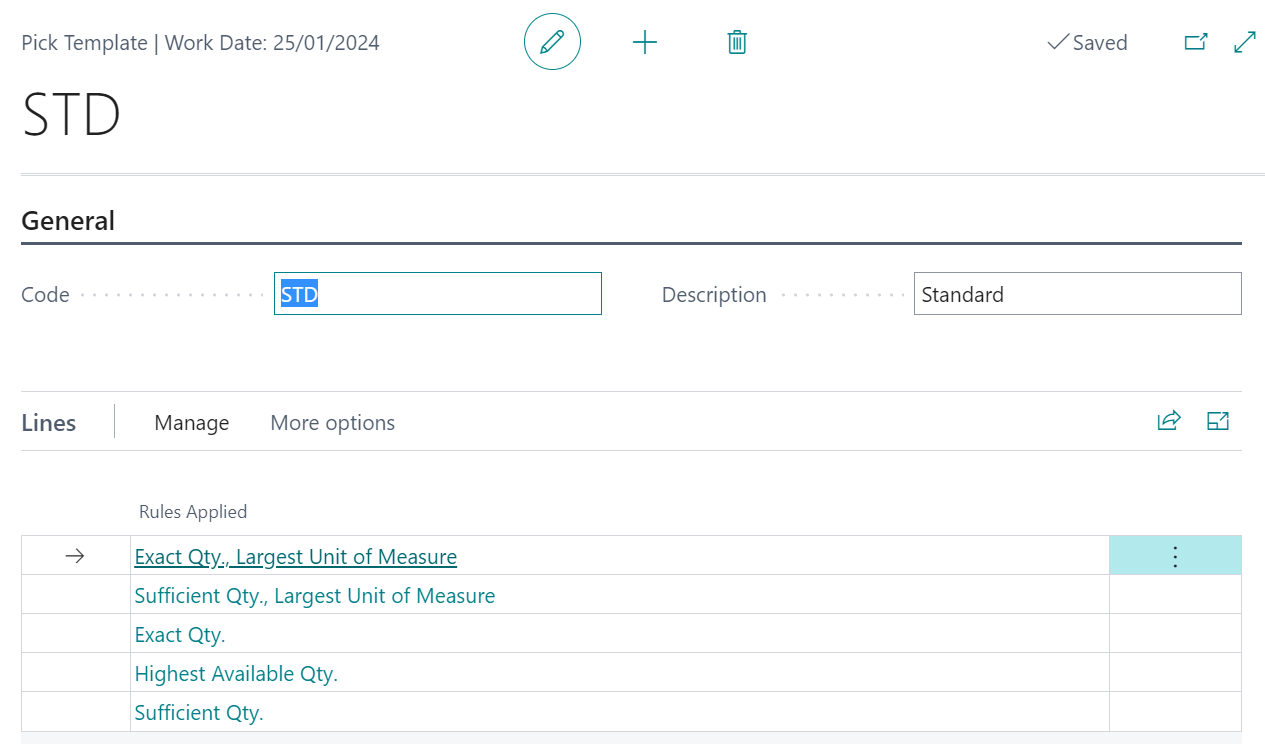 A rule set (line) can be created by selecting the New Rule Set… action from the ribbon. .:

A rule set can be removed by selecting Remove Rule Set from the ribbon.

When creating or amending a rule set the following dialog will be displayed:

This shows a list of the available rules. Rules can be included/removed from the rule set by checking the option next to the rule.

The following video shows how Put-Away/Pick Templates can be used: